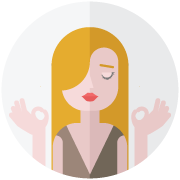 I love my mother-in-law but I never planned on living with her permanently. I have been enjoying her living with us now that we have kids but I feel like we all need some extra space so I am getting a granny flat built at the back of our block. This should allow us to have some extra space to make sure everyone has the privacy that they need whilst we can still be a family. This block has some tip on the process of building a granny flat including how to choose a contractor and how to get the council approval for the build.

Building an extension for my mother-in-law

Tips For Securing Your Construction Site

If you have ever had a construction site vandalized and had expensive tools and equipment stolen, you know what a mess it creates. Not only will you have to replace equipment that was stolen and file a police report, but it can delay completing the job, which also creates problems with the homeowner or building owner. Here are some tips for securing your construction site so you can avoid dealing with this in the future.

It is important that you make it very clear from the beginning of your project that only qualified workers and personnel are allowed on site. When you leave the construction site open to the public during the day, it makes people think that after hours it will be easy enough for them to gain access. This also lets them know exactly what you have on site and where it is located, giving them encouragement to return and steal expensive supplies from the construction site. Have a way to identify authorized personnel so that nobody else ever gains access.

Some construction sites have more valuable tools and supplies and therefore need a better security system. Perhaps you are keeping a lot of copper piping on site, or you have very expensive tools you need to be secure. This is when you should pay a little extra to have a security system installed. There are different types of systems, from lights and audio security alarms that go off when someone tries to open the fence, to actual video surveillance so that you can see if someone is trying to enter the site and identify them later on.

Install a Fence Around the Site

In order to keep out unauthorized personnel, you should have a fence installed around the perimeter of the construction site. There are many types of temporary fences that go up when you are working, but are fairly easy for you to disassemble when the job is complete. Sometimes just seeing a fence up is enough for a potential criminal to not bother trying to gain access into your site. Just make sure you choose a sturdy fence, such as one made from metal, and that is high enough to where they can't climb over it.

Have Good Lighting at All Times

One thing criminals don't want to deal with is being seen by someone and getting caught. If you install lighting on the construction site that is always turned on, it will discourage them from entering the site and trying to steal or vandalize the property.